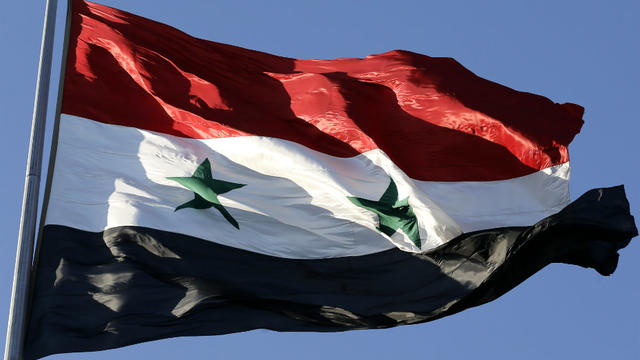 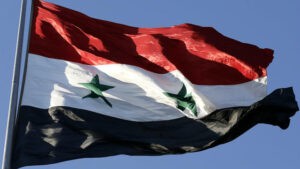 Mideast discourse
May 3, 2021
even Sahiounie, journalist and political commentator

On April 16, the journalist Andre Mate, spoke to the UN Security Council concerning the Organization for the Prevention of Chemical Weapons (OPCW) report about Syria which has been exposed as a cover-up scandal.

His address challenges the US and UK on their role in the OPCW’s lies and fraud. Mate meticulously takes apart each fabrication and exposes the truth for all to see.

OPCW inspectors found no evidence to support allegations of a Syrian government chemical weapons attack in the city of Douma in April 2018. However, their findings were suppressed, and the team was sidelined.

Mate shows why the claims of the OPCW are false by using their own published reports which claims that “most of the analytical work took place” in the “last six months” of the Douma investigation, when the original team was sidelined.

The investigation was carried out by the original investigative team during the first weeks of the probe, and the work conducted after they were sidelined is insignificant and full of deceptions and unsubstantiated accusations.

OPCW Director General Fernando Arias claims he doesn’t know why the OPCW final report would not be accepted as true, and Mate points to Arias’ prior statements which prove his claim is untrue.

One reoccurring accusation of the west against the Syrian government, has been the alleged use of chemical weapons. The first substantial accusation came from an event in Khan al Asal in 2013. At first glance, the UN investigator Carla Del Ponte felt it must be the so-called ‘rebels’ who carried it out in order to blame the Syrian government, and thus illicit US military intervention in Syria because of President Obama’s speech concerning the ‘Red Line’ of chemical use. Del Ponte was a seasoned prosecutor and criminal investigator, and following her instincts, the first question to be answered was:” Who will benefit most from a chemical attack?”

The terrorists, called ‘rebels’ in the west, would benefit the most from any and all chemical attacks.

President Obama did not follow through on his threat of military intervention in Syria because the UK Defense Lab at Porton Down advised the sample obtained from a chemical attack in East Ghouta in 2014 was not from a Syrian source.

The so called chemical event in Douma in 2018 was followed up with a OPCW investigation which was later exposed to be a fraud and full of misinformation. From the outset, we must have suspected fraud when just days after the alleged attack, veteran Middle East journalist, Robert Fisk, traveled legally from Beirut to Douma and carried out his own on-site investigation which included personal interviews with Doctors and others on the ground. Fisk searched for and told the truth, that the event was fabricated by the White Helmets, who are portrayed in western media as heroes, but in fact support the armed terrorists and their goal to destroy Syria.

Steven Sahiounie of MidEastDiscourse interviewed Dr. Al Hakam Dandy, a Counselor at the Permanent Mission of the Syrian Arab Republic to the United Nations, to gain further insight into the matter.

#1. Steven Sahiounie (SS): Why does the OPCW continue to accuse Syria of chemical attacks?

As you know, the OPCW is a technical organization with noble goals, However, some countries, led by the United States, are working to transform OPCW into a platform for them to promote lies and targeting Syria for their own political goals.

Al Hakam Dandy (HD): Who benefits from accusations of chemical attacks in Syria?

The main beneficiaries are terrorist organizations. Syria has been a victim of these terrorists’ use of chemical weapons since Khan al-Asal incident on March 19, 2013. Although Syria continued to provide OPCW and the United Nations with information collected by the competent Syrian authorities regarding the preparations made by terrorist groups to stage incidents of chemical weapons use to accuse the Syrian Arab Army of them, unfortunately, OPCW and the United Nations ignored this important information.

#2. SS: Who brought these newest accusations against Syria to the OPCW?

HD: Some Western countries before any investigation of information about the alleged use of chemical weapons, they launched unilateral and tripartite acts of aggression that destroyed civilian facilities. Moreover, these countries established illegal mechanism that were approved in violation of the provisions of CWC, so-called “Investigation and Identification Team” (ITT), and they rely on the reports of this team that lacked of credibility and professional elements such as the report of Al-Lataminah alleged incidents, and the recent report on Saraqib alleged incident which issued before convening the States Parties Conference to the CWC in order to facilitate adopting the French decision in The Hague.

#3. SS: Are these accusations from the OPCW actually political pressure on Syria before the coming presidential election?

HD: Certainly, some Western countries are seeking to exercise all means of political and economic pressures to implement their policy of so-called “regimes changing” in the region. In case of Syria, these countries politicized the OPCW, supported and financed terrorist organizations, launched foreign military aggression, and imposed unilateral coercive measures. But Syria, despite all the grave challenges will remain committed to defending its sovereignty and independence, and the rights of its people. And let me stress here that only Syrian people have the right to choose their president.

SS: What role has the UN Security Council played in the Syrian conflict?

HD: Unfortunately, the Security Council has not been able to exercise its primary responsibility under the United Nations Charter for the maintenance of international peace and security as a result of the negative role that the United States and other Western countries play.

These countries misused the Security Council to implement their hostile agendas against Syria, through politicizing issues such as chemical file or humanitarian assistance, including their attempts to prevent any condemnation of the unilateral coercive measures that deprive Syrian people of their simple living needs and basic medical supplies.

Steven Sahiounie is an award-winning journalist 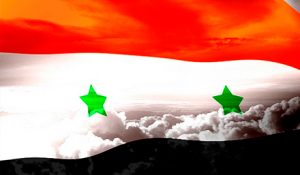