Emir of Qatar Sheikh Hamad bin Khalifa Al Thani waves to the crowd as he arrives in the Gaza Strip on October 23, 2012.
Related Interviews:
Qatar’s King Sheikh Hamad bin Khalifa Al Thani has reportedly located the whereabouts of senior Hamas members during his recent visit to the Gaza Strip, and later provided Israel with the information to assassinate them.
http://www.presstv.ir/detail/2012/11/17/272801/qatar-emir-located-hamas-cmdrs/

According to a report published by the Fars news agency, the emir of Qatar distributed a number of watches and ballpoint pens among Hamas leaders, which could transmit low-frequency signals to Israeli satellites.

The Israeli military officials would then use the received signals to spot the high-tanking Hamas fighters, and launch assassination strikes on them.
Sheikh Hamad arrived in Gaza on October 23 to become the first head of state to visit the besieged enclave since the Palestinian resistance movement, Hamas, took power in the territory five years ago.
Qatar’s emir has met Israeli leaders in the past, and is working hard to boost the diplomatic clout of his small Persian Gulf country.
Gaza has been blockaded by the Israeli regime since 2007, a situation that has caused a decline in the standard of living, unprecedented levels of unemployment, and unrelenting poverty.
The Israeli military frequently carries out airstrikes and other attacks on Gaza Strip, saying the actions are being conducted for defensive purposes. However, disproportionate force is always used, in violation of international law, and civilians are often killed or injured.
The new wave of Israeli aggression on the Gaza Strip has claimed more than 41 lives since November 14. Ahmed al-Ja’abari, the popular and influential head of the Hamas military wing, the Ezzedeen al-Qassam Brigades, was assassinated in an Israeli attack on his car on Wednesday.
On Friday, Ahmed Abu Jalal, a field commander of the Ezzedeen al-Qassam Brigades, was also killed in an Israeli airstrike on the central Gaza district of Maghazi. 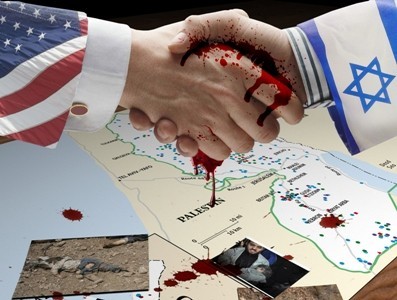